We recently did a lengthy radio interview about development in our solar desalination process. For those who would like to get an overview this is your spot. Please pass this link on to your net. http://liveunconventional.com/draught-buster-the-forgotten-2500-year-old-technology-that-could-bring-fresh-water-to-the-worlds-deserts/ 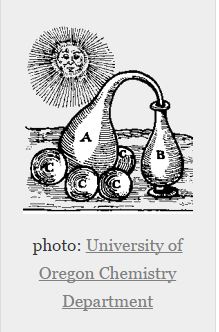 Thanks to Ian for this image.

What makes us keep going. 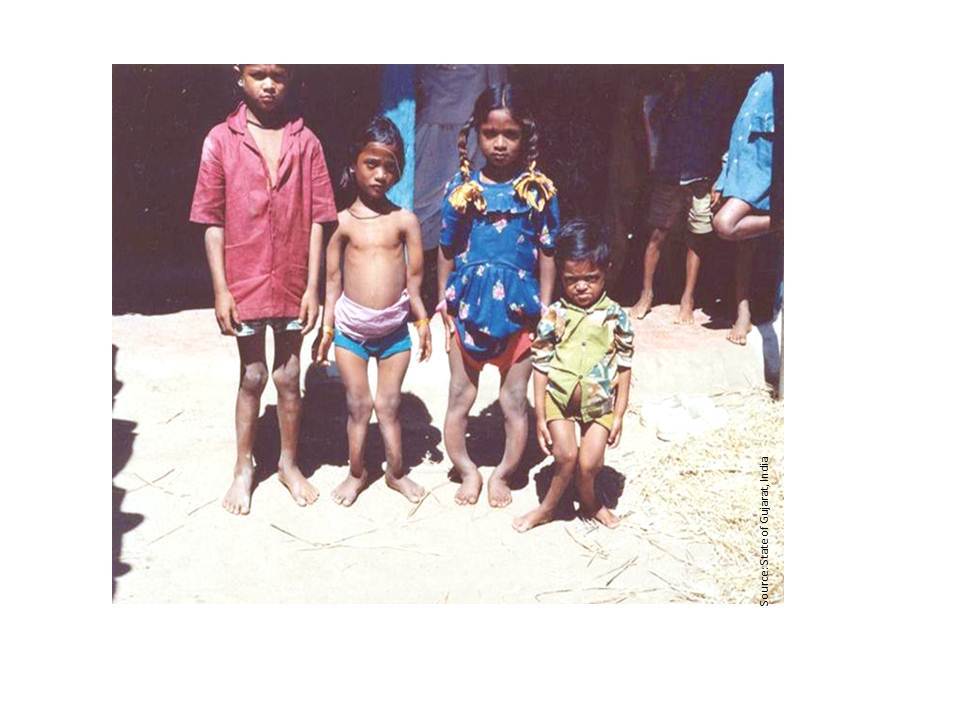 These children from northwest India – Gujarat – are among the billion people the UN says are killing themselves with the water they use for drinking and cooking. Their water originates on high mountains and by the time it gets to them it has picked up so much fluoride that it interferes with their bone formation as they grow. Just a few liters of good water every day could make a difference. Suns River uses sunlight to pull good clear water from that kind of water. Drinking and cooking water free of harmful salts, free from bacteria and good to drink. Contact us to find out more.

Our solar desalination technologies, some of which are covered by joint patents between KII and University of Texas El Paso (UTEP), was entered into a worldwide contest to find the best renewable desalination approach for small farmers. The sponsors were the US, Switzerland and Netherlands governments and they received 69 entries from 29 countries.

Below, KII CEO Hill Kemp (in the white hat) explains the Solar Desalination Process to some of the visitors to the Desal Prize site. 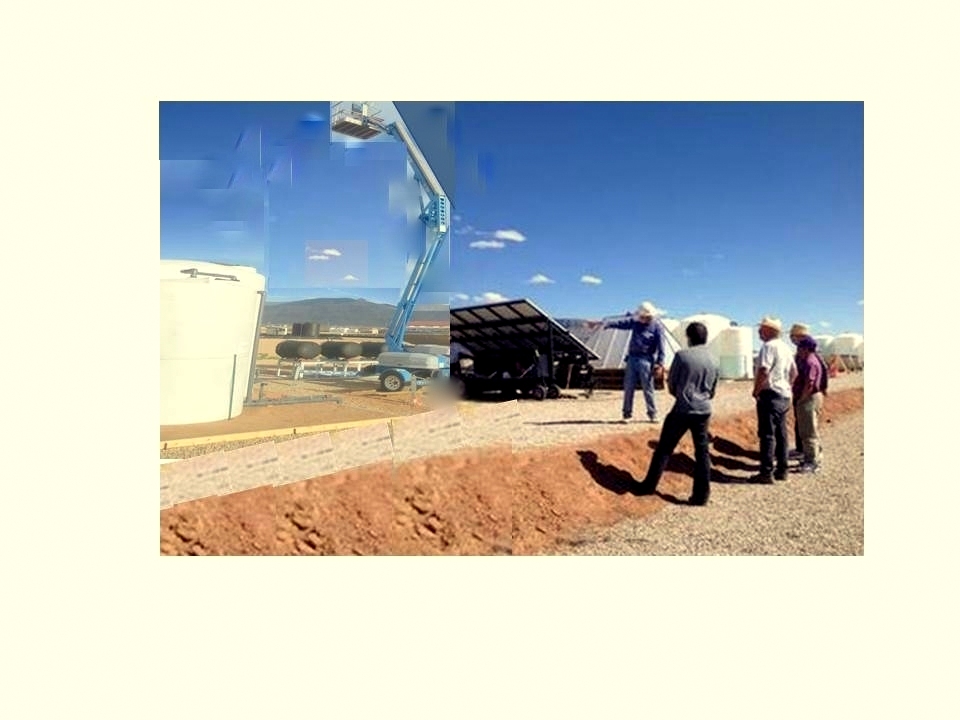 Our little company was picked in the top 8 (the judges had the option to name a top 10 but eliminated 61 of the entries). We wound up in the top 6 and actually displayed our technology at the contest site in Alamogordo, New Mexico(Photo above). MIT won and another team from UTEP’s CID group came in second. But for us to come in 6th behind the likes of MIT is a major affirmation of our technology. The solar energy recovery is based on the patented Suns River solar still. The process which won recognition is one jointly developed by KII and UTEP and features solar powered Multi-Stage Flash. Ours was the only desalination technology with no internal electrical or mechanical parts and 100% solar powered. We are pursuing other options now and hope to have announcements soon.

KII/Suns River is offering attractive deals in order to raise money for this competition. Send us a note from the Contact Page on this site and we’ll be happy to explain. 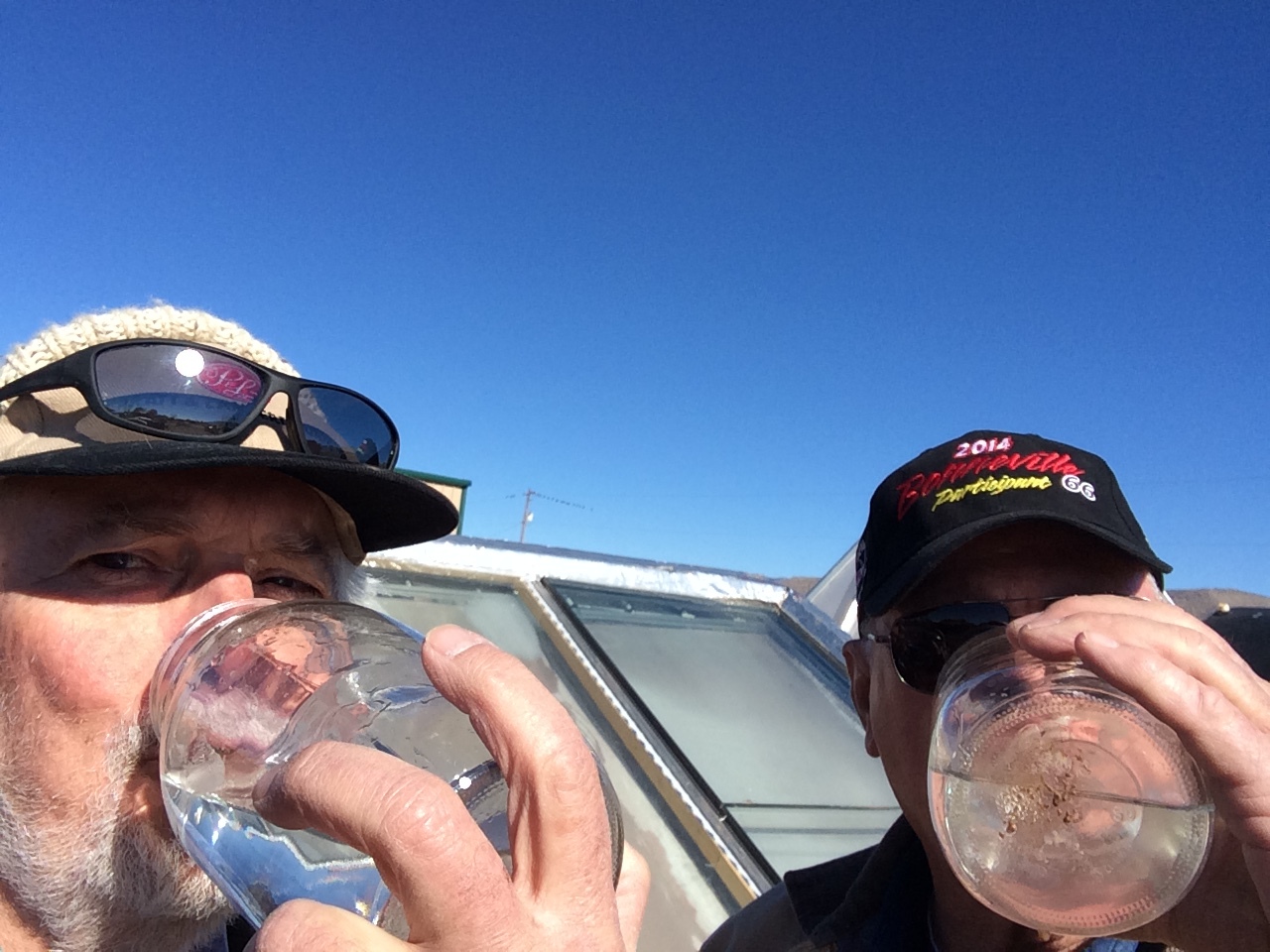 DRINKING THAT GOOD WATER RIGHT OFF THE STILL

Shade in the Desert!!

While deserts are seriously short of water and Suns River meets that need, there is another commodity the desert is equally short on. Shade. There are very few places which are sufficiently shaded from the strong desert sun and almost none where the soil can be cultivated. The Suns River Still creates a space beneath the Still panels and on its northern side which GETS CONTROLLED DIRECT SUNLIGHT.

This means that the residents of the desert not only get a source of clean water - they get a plot of land about 20 meters x 20 meters on which they can grow food crops out of the blistering desert sunlight. Crops grown in partial shade require only a fraction of the water to sustain growth. The combination of water and food are a huge support for people all over desert and desertified lands. 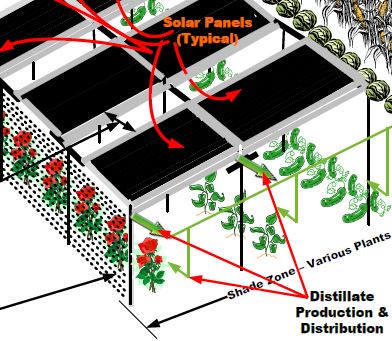 US BUREAU OF RECLAMATION PROCESS CERTIFICATION

US BUREAU OF RECLAMATION PROCESS CERTIFICATION

The Bureau of Reclamation, along with others, wondered of the Suns River Still could really produce distillate at rates 4 - 5 times the classic solar still for the same area. In December, 2012, just a few days before the winter soltice - the worst solar day of the year - Suns River conducted a monitored test run at the Bureau's BGNDRF site in Alamogordo, NM, USA. The weak winter sun delivered only about half the energy as during our operations in August, but the still performed very well. Bureau engineers monitored the operation and we produced more than 2 liters/kWh. This even with the daytime temperature only about 55 degrees F (13 degrees C) and the nighttime low temperature 29 degrees F ( -1 degrees C). See the Bureau's certification of the Proof Run below. 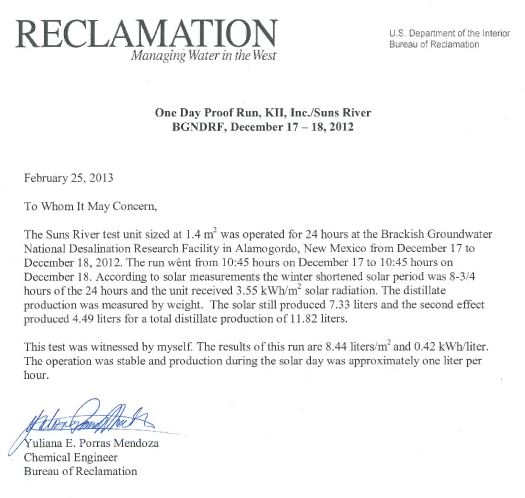 Balloons over the desert. 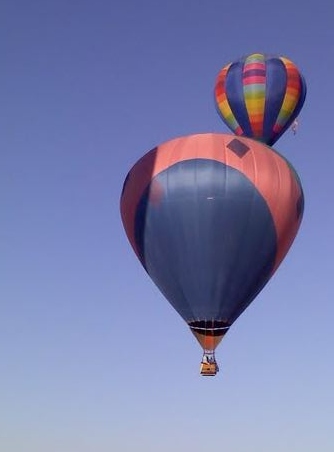 Nothing short of a revolution in water science application has arisen from the New Mexico desert near Alamogordo. At the US Bureau of Reclamation desalination research site something mankind has pursued for more than 2,000 years was accomplished. Using simple, direct sunlight the KII/Suns River team produced distilled water from the local saline well water at rates that bring their patented process to the forefront as a future water resource. Using 99% solar energy in their simple, modified solar still Suns River produced water at four times historic rates. The world water demand has a new source for pure, safe water.

US Water Day at the State Department

US Water Day at the State Department

The US State Department solicited country wide for innovative, US developed, emerging water technology. We are pleased to report that KII, Inc. and its Suns River brand solar desalination was one of eight technologies that were chosen to present at the event on Friday, March 21, 2014.

The invitees to the event included government agencies and other interested parties who were interested in ready technology to help the water shortages rampant in the developing world. With a technology that is certified proven, market ready and operates on over 99% solar energy Suns River met the State Department and the US Water Partnership targets exactly.

In addition to a presentation on Suns River technology had a display booth for those interested in more in-depth understanding of the breakthrough in solar desalination. Several people expressed need for the Suns River solution to water needs.  KII met one-on-one with representatives of key government agencies and departments to help speed good water to those so needy.